Interview with Rebecca - A Danish expat living in Buenos Aires

Rebecca is Danish but has fallen in love with Latin America. She decided her international undergraduate programme with Spanish was not enough, so she moved to Argentina for her Masters. This Viking-turned-Latina can now mostly be found strolling the streets of Buenos Aires. Rebecca shares her stories about Latin America, and Buenos Aires in particular, on her blog Becci Abroad. She can also be found on Twitter and Instagram. 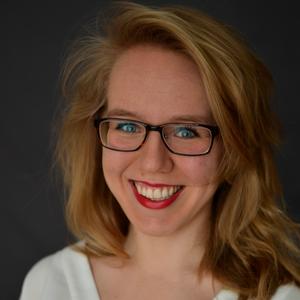 Q: Where are you currently living?
A:  Currently, I’m living in Buenos Aires (Argentina).

Q: Is this your first expat experience?
A: No, it started early on. As a 19-year-old, I moved abroad for the first time to Spain. I stayed in Spain for almost 2 years working and learning Spanish.

Q: Did you move here alone or with a spouse/family?
A: I moved here on my own to do an exchange semester at a local university. Then I fell in love, decided to study my Master's degree in Buenos Aires, and moved in with my (then) boyfriend. Lately, I have been living on my own.

Q: Why did you move; what do you do?
A:  At the moment, I’m finalising the second year of a Master's program in political science with a minor in Latin American politics.

Q: What do you enjoy most about Buenos Aires? How would you rate the quality of life compared to your home country?
A: I enjoy many things about Buenos Aires. Argentines are talkative people. They always make time for a chat with an old friend in the doorway or a discussion of the current state of the economy.

Talking about economy; coming from a Northern European country, the quality of life is worse in Buenos Aires than in Copenhagen if you live on a local salary. However, if you earn money abroad or get your salary paid in USD, Buenos Aires is not that bad. The exchange rate for the Argentine peso to the dollar has been quite lively lately, so it is highly recommended to negotiate payment in dollars if you are planning to move here for work.

Q: Any negative experiences? What do you miss most about home?
A: Sometimes Argentinian efficiency and time management isn’t what I’m used to. Especially processes and paper work at state institutions can take a really long time. So if you move to Argentina and Buenos Aires, bring a lot of patience with you. Be prepared that things might take longer than you planned, and that you might not even get things solved when you planned on getting them solved. If you don’t start to go with the flow, and accept that this is after all the idiosyncrasy of living in Argentina, then you’ll end up very very frustrated with life here. Side note – did you know that Argentines have a whole phrase “haciendo trámites”, which refers to going out to do official paperwork?

Q: What are the biggest adjustments you had to make when settling into expat life here? Did you experience any particular elements of culture shock?
A: In many ways, Argentines have similar habits to Spaniards, and since I had already lived in Spain (and studied Spanish in Cuba) before moving to Buenos Aires, there were few things about everyday life that surprised me or made me feel like I suffered from culture shock. However, one element that surprised me was the lack of trust in the Argentinian society. Trust towards others and trust towards state institutions isn't high. Corruption is still an issue, and people are generally less trusting than I’m used to from Denmark.

Q: What’s the cost of living compared to home? Is there anything particularly expensive or particularly cheap in Buenos Aires?
A: Buenos Aires is, as mentioned above, generally cheaper than living in Copenhagen. However, the salaries in Argentina are also a lot lower than in Denmark. There are certain things (such as chocolate, for example) that are more expensive here in Buenos Aires. There are still certain restrictions on imports, which makes certain things coming from abroad more expensive.

Q: How would you rate the public transport in Buenos Aires? What is your most memorable experience of using the city’s transport system?
A: The public transportation in Buenos Aires is actually quiet good! The buses and the subway are a bit old, but they work with a great frequency. The most memorable experience in the transport system – that’s a great question! I think there are many. One might be when I once joined a walking tour which happened to take place in the subway system AND included a tango show! You can read all about this experience on my blog.

Q: How would you rate the healthcare in Buenos Aires? Have you had any particularly good/bad experiences with regards to doctors and hospitals? Are there any hospitals you would recommend?
A: Healthcare is a bit tricky in Buenos Aires. On the one hand, you have the public hospitals. These are free but have a bit of a bad reputation (and the queues can be super long). On the other hand, if you are living here you have the obra sociales (private healthcare systems) which are run by the trade unions. The quality of these vary, but I have mainly had good experiences with mine which is OSECAC (Obra Social de los Empleados de Comercio y Actividades Civiles). However, it is very popular for expats to get Switch Medical Care or to go to Hospital Alemán or Hospital Italiano for assistance. However, these are also among the most expensive alternatives.

Q: What are the biggest safety issues facing expats living in Buenos Aires? Are there any areas expats should avoid?
A: Buenos Aires is a relatively safe city – especially, when thinking about it as being a capital city in South America! However, it is always good to keep your eyes open and be aware of your belongings. The biggest mistake newcomers might make, is to think that the popular touristic area of La Boca is a good place to live. You might be lucky, but generally, it is not a good place to live. Go there to visit and head back home.

Q: How do you rate the standard of housing in Buenos Aires? What different options are available for expats?
A: The important thing to note is that some of the cheaper options for apartments are hard for foreigners to get hold of. These places require a garantía de propiedad en Capital, which means that you or somebody you know puts another property within the Federal Capital of Buenos Aires up as a guarantee. Obviously, as a foreigner looking for rental places, you won’t have property and few Argentines will let you use theirs. Normally, as expats, you won’t have this kind of guarantee, and instead the owners will request higher rent. However, it is not as hard to find apartments in Buenos Aires as in other bigger cities around the world (not to mention my beloved home city, Copenhagen).

Q: Any areas or suburbs you’d recommend for expats to live in?
A: Look for apartments in areas like Palermo (the biggest and most popular area for expats), Recoleta, Almagro or Belgrano. Generally speaking, the areas in the northern part of the city is safer than in the southern part.

Q: How tolerant are the locals of foreigners? Is there obvious discrimination against any particular groups? Have you ever experienced discrimination in Buenos Aires?
A: Argentines (or Porteños as the people of Buenos Aires are called) are generally very open to foreigners. Due to the fact that Argentina was built mostly by Spanish, Italian, French, British (etc.) immigrants, you are very likely to get a long lecture about the person’s own family story rather than be talking about yourself. However, there tends to be a bit of discrimination towards other Latin American nationalities. Over the last more or less 10 years, Buenos Aires especially has experienced a lot of immigration from other Latin American countries. Not all Porteños have felt that these immigrants have been interested in integrating into and developing their city.

Q: Was meeting people and making friends easy? How did you go about meeting new people?
A: I have mainly made friends through the university, but lately I have also started attending InterNations events in Buenos Aires. A lot of Argentines attend these events, so if you are looking to improve your Spanish and mingle with locals this might be a good place to start.

Q: Have you made friends with locals or do you mix mainly with other expats? What advice would you give to new expats looking to make friends with the locals?
A: Actually, I have more local friends than expat friends. I think my best advice is to keep on working on your Spanish. The better you speak Spanish, the easier it is to connect with locals.

Q: Was getting a work permit or visa a relatively easy process? Did you tackle the visa process yourself, or did you enlist the services of an immigration consultant?
A: The immigration process in Argentina is relatively easy (compared to European countries). I got my temporary resident permit as a student which is eligible for working as well. I did the whole process on my own, and didn’t feel at any moment that I needed an immigration consultant. However, the resident permit as a student is also one of the easiest permits to get. You might want to consult an expert if you are applying for another type of resident permit. If you want to move to Argentina on your own without a job offer at hand, it might even be the most recommendable thing to look into the possibilities of applying for a student visa, since it requires a manageable amount of paper work and will make you eligible to work after it has been obtained.

Q: What is the economic climate in Buenos Aires? Do you have any tips for expats looking to find a job? Which resources did you find most useful?
A: At the moment, the Argentinian economy isn’t in the best shape – to put it nicely! It might be hard for expats to find a job, and (as mentioned before) the salaries offered aren’t the best. If you don’t speak Spanish, it might be even harder. An alternative option might be to look for freelance jobs online which will pay you in dollars.

Q: How does the work culture differ from home? Do you have any tips for expats doing business in Buenos Aires? Did you have any particularly difficult experiences adapting to local business culture?
A: Business in Argentina is more social than what people coming from Northern Europe (and even the US) might be used to. According to studies, this has something to do with the fact that Argentines (and Latin Americans, in general) tend to create trust in business environments through getting to know the new person arriving in the company. In Northern European countries and the US, trust toward a new colleague is more connected to tasks and problem solving. So, don’t hesitate to accept if you are invited for an asado (Argentinian BBQ) by your new workplace. It can be key in building good relations! If you are working for a bigger international company in Buenos Aires or Argentina, in general, you might not feel this kind of business culture as much as at a local company.

Q: Is there any advice you would like to offer new expat arrivals to Buenos Aires?
A: You will experience many things in Buenos Aires which are different from what you are used to. Sometimes in the most unexpected ways. Don’t try to fight it! Try to understand why Argentines do things like they do. Study Argentina’s history, politics, economy to better get a grip on why Argentina is what it is today.