Interview with Crista – a Third Culture Kid living in Sweden

Crista is no stranger to living as an expatriate as she spent the majority of her life abroad. She is currently living in Sweden and is the creator behind the blog Richful Thinker – be sure to follow Crista on Twitter and Instagram too. On her blog, Richful Thinker, she documents her life in Sweden, paying down a US federal student loan from her Master's in Oxford, and pursuing a PhD to further her financial and academic career.

For more on expat life in Sweden, check out our essential Expat Arrivals guide, Moving to Sweden. 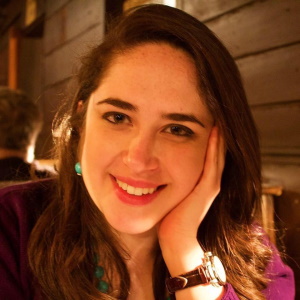 Q: Where are you originally from?
A: I am a third culture kid, but I would say Florida and the Bahamas.

Q: Where are you currently living?
A: Stockholm, Sweden.

Q: Is this your first expat experience?
A: It is not, I have lived in several countries. So, I have been an expat for most of my life!

Q: Did you move here alone or with a spouse/family?
A: I came here alone.

Q: Why did you move; what do you do?
A: I moved to Sweden to pursue my PhD. After completing my MSc (Master of Science degree) in Oxford and returning to Florida as a banker, I applied to various PhD programs, and the one I am currently in was the best fit.

Q: What do you enjoy most about Stockholm? How would you rate the quality of life compared to home?
A: How connected it feels due to the public transport system. It feels like everything is nearby. I would say my quality of life feels the same.

Q: Any negative experiences? What do you miss most about home in Florida and the Bahamas?
A: I have had some negative experiences, but I do not let that get me down. I come from a Caribbean/Latin American cultural background, so I miss the sense of community and the food.

Q: What are the biggest adjustments you had to make when settling into expat life here in Sweden? Did you experience any particular elements of culture shock?
A: Even though I have lived in several countries, there is always something new to learn and experience. The biggest thing was trying to get my life organised in Sweden. Everything is set up based on an identity number which takes a few weeks to get, and while you are waiting for that, you are in a sort of limbo. You cannot get a bank account, enter an apartment queue or do many things. I was fortunate that my supervisor helped me out.

Another thing was while I was waiting for this number, I ended up breaking my wrist and needing surgery. Not having this identity number made the whole process a little bit frustrating. However, once you have this number it is smooth sailing.

My biggest cultural shock was the dairy section. I have never seen so many different types of dairy products, cheeses, yoghurts, etc. There were three whole walls of just dairy.

Q: What’s the cost of living compared to home? Is there anything particularly expensive or particularly cheap in Sweden?
A: Stockholm is definitely a high cost of living area. However, I live in student housing which is heavily subsidised and my living costs are significantly lower than they would be back home. This is mainly because I do not have any costs associated with a car. Instead, I have an electric bike, which has been one of the best purchases that I have made in a while.

Nothing is cheap in Stockholm and eating out can really hurt your budget. Most meals are between SEK 200 to 300, about USD 20 to 30. Even fast-food meals are around SEK 100 to 150, about USD 10 to 15. So, it pays to cook for yourself, which is a skill I have been able to hone while living here.

Q: How would you rate the public transport in Stockholm? What is your most memorable experience of using Stockholm’s transport system?
A: It is fantastic. The SL travelcard can be used for the whole of Stockholm county. Not the city, the county, which is about 2,517 square miles (6,519 km²). On top of that, you can use it for the metro, the buses, many ferries and the trams. The most memorable experience was tripping on gravel (which is used during the winter) when leaving the metro station and breaking my wrist.

Q: How would you rate the healthcare in Stockholm? Have you had any particularly good/bad experiences with regards to doctors and hospitals? Are there any hospitals you would recommend?
A: I think the healthcare system is good. It is difficult when you do not speak Swedish, and some doctors or nurses do not speak either English or Spanish.

Q: What are the biggest safety issues facing expats living in Stockholm or Sweden? Are there any areas expats should avoid?
A: I have heard that people should stay away from certain suburbs, but I have had no issues. I would not say there are any particular safety issues as Stockholm feels safe.

Q: How do you rate the standard of housing in Stockholm? What different options are available for expats?
A: I would say that the standard is great. If you are a tenant, then you have a lot of rights and things can get fixed. In Stockholm city, you pretty much have to live in an apartment, but there are other housing options available in the suburbs if you want to live in a house or on a farm.

However, Sweden, and it seems most of Scandinavia, have a unique method of getting a rental contract. You do not go through the traditional methods of finding a leasing agent to help you with your search. First, you can find something through qasa.se or blocket.se for a short-term lease, and then when you get your personnummer (personal identity number), you can join the housing queue. Then, as long as you are on the queue accruing days, you can ‘book’ an apartment. Those with the most days then get to view and rent the apartment. Although, depending on where you are, it can be years before you find something steady.

This is the fairest thing that Scandinavians can come up with to battle the competitive housing situation, especially in Stockholm. It can be more than 10 years before getting something on the main housing queue. There are other smaller ones that you can join which require fewer days, but it can still be years before finding something. For this reason, many people opt to buy, which is also competitive since you have to bid for an apartment.

Q: Any areas or suburbs you’d recommend for expats to live in?
A: I lived for a short period in a suburb in Lidingö, which I liked a lot. Another good suburb to live in is Sundbyberg, which is in the Solna area of Stockholm county. However, if you want to live in the city, I like the Karlaplan neighbourhood of Östermalm and all of Södermalm.

Q: How tolerant are the locals of foreigners? Is there obvious discrimination against any particular groups? Have you ever experienced discrimination in Stockholm?
A: I have experienced some discrimination. I went to the ER after I broke my wrist. I was with my mother and they told us that we needed to go to the refugee section of the hospital. I told several Swedes I know about this and they were horrified. Otherwise, I would say that Swedes tend to be tolerant of foreigners.

Q: Was meeting people and making friends easy? How did you go about meeting new people?
A: Yes and no. I was able to make friends within my department fairly quickly, but outside of that, it has been a little difficult. The easiest way was to join expat groups on Facebook.

Q: Was getting a work permit or visa a relatively easy process? Did you tackle the visa process yourself, or did you enlist the services of an immigration consultant?
A: It was very easy. The Swedish Migration Agency website is clear, so I did it myself. I did have to contact them a couple of times to clear up some terms since they did not translate well into English.

Q: What is the economic climate in Stockholm like? Do you have any tips for expats looking to find a job? Which resources did you find most useful?
A: Stockholm is sometimes referred to as the Silicon Valley of Europe. There are also a lot of positions within the fashion industry. I know a lot of expats move to work for a tech company, or within the fashion industry. I moved to Stockholm already with a job offer, but one of the most popular recommendations I hear is to learn Swedish. Most people in Stockholm speak English to a near-native level but some companies would prefer to have Swedish speakers.

Q: How does the work culture differ from home? Do you have any tips for expats doing business in Stockholm or Sweden? Did you have any particularly difficult experiences adapting to local business culture?
A: It is very different. Back home, it felt like there was no work-life balance. In Sweden, I have had to get used to trying to balance the two as there is a healthy mix here. Also, there are three breaks during the day, two fikas or coffee breaks and lunch. Back home, I remember sometimes working during my lunch hour.

Q: Is there any advice you would like to offer new expat arrivals to Stockholm or Sweden?
A: My advice is to be open minded, learn the culture and the language. This will make it easier to make friends and to understand cultural nuances and behaviours. At first, Swedes may seem cold or standoffish, but many are warm; it just takes time.