5 tips from an expat on how to integrate into Argentina

Moving abroad can be challenging at the best of times. Moving to a country with a vastly different culture and language than your own can come with even more challenges. Rebecca Hoffman, a Danish expat living in Buenos Aires, shares her experiences and gives advice for integrating into Argentine society.

#1 Study the history of Argentina to understand the country better

One of the things that helped me the most to start integrating when I moved to Argentina, was studying the history of Argentina. It will help you understand the Argentines and the way they act and think. Why are they, for example, so suspicious of banks, state institutions and the police?

On the other hand, having a basic knowledge about the local history also helps you interact better with Argentines. Argentines tend to make many references to what happened in the past. For example, they might say something like: “Yeah, the president we had in the 1990s was (add adjective)”, and what is a better conversation-starter than actually knowing what happened in the 1990s?

It is also just a great gesture of respect for the country you are living in to know a bit about their past and what made it the country and its people the way it is today – for good and bad.

#2 Try to adapt to their way of speaking

It might seem like a foolish thing, but I have experienced that one of the best ways to integrate in Argentina is by slowly adapting to the special way the Argentines (and especially the porteños or people of Buenos Aires) speak Spanish.

As your Spanish gets better, try to integrate Argentine expressions into your Spanish such as “qué onda buena” (used when something is great) or “qué sé yo” ("what do I know?").

Once again, adapting your way of speaking Spanish to theirs will show your interest in adapting to their way of life. It is, after all, you who are the visitor in their country. Read more about Spanish phrases you should know before visiting Argentina.

#3 Accept the Argentines for who they are

If you are familiar with Spain or other southern European countries, Argentina might not seem that different on the surface. However, I promise you, that it is!

Even though the Argentines like to think themselves as more European than other Latin Americans, they are still located in a region with its own idiosyncrasy. In my opinion, the best way to integrate in Argentina is to be aware of this. And accept the Argentines for who they are (this also relates to #1).

Mate is a traditional Argentine infusion-like hot drink, which you will quickly become familiar with when you move to Argentina. In some provinces, the tradition of mate is stronger than in others but the tradition exists all over the country.

As soon as you start developing your social group and friendships with Argentines, you will start getting invited to share un mate. The hot infusion is shared in turns in the group or between two friends while chatting. You will drink until there is almost no more water, and then return it to the person (usually the owner of the mate), who has the termo (e.g. water thermos). If you say “thank you” or "gracias" it means that you don’t want any more.

It might seem like a strange ritual for foreigners but in Argentina, it is a strong social symbol. And it can be a great way to show that you are interested in doing things their way.

This is definitely the most classic tip on integrating in any foreign country. So, instead of going on and on about how important it is that you start to make local friends and acquaintances, I will highlight two ways to make friends in Argentina.

Firstly, try to sign up for some sort of activity; either sport, art or whatever you are into. For me, being enrolled at a local university was a great way to meet and befriend Argentines.

Secondly, start going to local events. Paradoxically, events created for foreigners and expats are usefully filled with Argentines too. So, those are great places to talk and make friends with locals.

►For more on adjusting to the country, see our Culture Shock in Argentina page 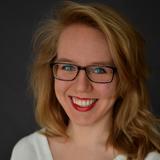 Becci
Rebecca is Danish but has fallen in love with Latin America. She decided her international undergraduate programme with Spanish was not enough, so she moved to Argentina for her Masters. This Viking-turned-Latina can now mostly be found strolling the streets of Buenos Aires. Rebecca shares her stories about Latin America, and Buenos Aires in particular, on her blog Becci Abroad.